“Life is but a tale of choices and effects” 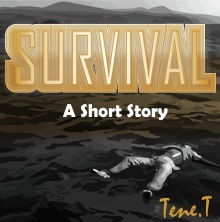 His body had washed up along the shores in Elegushi. Eyewitnesses commented on how badly decomposed he was; saying they couldn’t look at the body for too long, but somehow still managed to get some photos in the hope of selling it to entertainment bloggers for quick cash. Her Michael was dead and some people thought it a means to make money. Lola really couldn’t complain as it was those reports that had helped her and his family finally find him after being missing for 2 weeks, 5 days and some hours.

She had been holed up in her room where she spent most of her time since Michael’s disappearance, when Tutu, his younger sister had frantically ran into her room alerting the family about the body on the shores of Elegushi. END_OF_DOCUMENT_TOKEN_TO_BE_REPLACED

TRUMP FOR PRESIDENT? A Bystander’s Perspective

This rhetoric and the promise to make entering the United States difficult for Muslims is just the kind that the extreme Americans want to hear and Trump is unafraid and unapologetic to say it out loud. To most of his supporters and fans, he is a breath of fresh air and America is in dire need of fresh air.

I have never really been interested in politics. Being from my part of the world, I was quick to learn that the system is mostly plagued with individuals more concerned about their personal benefits and lacing their pockets, than effecting real policies that can positively shape society and create a greater nation for future generations to come. 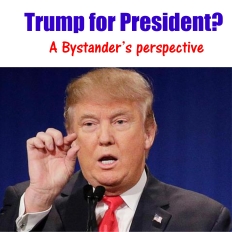 Paradoxically, I have been drawn to a few elections that represented the beginning of new possibilities. The United States 2008 presidential election was one of those. A black man was a leading candidate for President of the United States! A black man married to an intelligent black woman and with an African father, that alone was sufficient reason to be drawn to the election. I am not American, I couldn’t vote but I rooted for him. Most of the black race, irrespective of country, did. Not just because he was black, but because it had become a possibility that a brilliant and politically savvy man, irrespective of his skin colour, could become the president of the most powerful country in the world. This symbolised the growth and hope for humanity, once again with America setting the pace. It is this type of possibility that truly makes America great, earning its label as the ‘land of the free’.

‘Oga! We had an agreement’, she stated gently, carefully removing his hand from her thighs.

‘Oooo! Why are you behaving like this na’, he countered, obviously, hoping to somehow convince his hand further up her thighs.

She was determined to go out!

It was her birthday and this time it was a happy birthday. The last two years had been a bit sad, a little indifferent but this year, Ruby had chosen to be happy.

With all the ‘happy birthday’ that came from close friends, there was also the demand that she went out to celebrate.

‘Ruby, you never do anything fun, you really should go out today’.

Why not? She asked herself, there was nothing like cuddling up in bed with a glass of wine and a television series at the end of the day but what better excuse to go out than a birthday celebration. However, the decision to go out wasn’t without its challenges. The first and major one being that she needed a wing person. Experience had taught her that as a woman, END_OF_DOCUMENT_TOKEN_TO_BE_REPLACED

When Cake loses its sweetness…

In my mind, Piers Morgan and I are buddies with an exception of the fact that he isn’t sensitive enough. He’s constant desire to always point out ugly truths is no news and true to his nature, he had a controversial response to Jennifer Aniston article – For the Record.

Reading Jennifer’s article made me love her even more and I would start by talking about the most beautiful part of her letter which of course is where she speaks about women being able to define themselves outside of their standardised expectations.

Now this is so eloquently expressed and maybe coming from an A-List celebrity, people can really begin to think about this in line with…

I have been writing a special category on this space for a while now, titled – 30ish and Single (Still). This category has now been moved to a new blog of its own with web address http://www.30ishandsinglestill.com 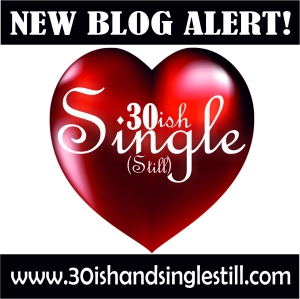 Too often, when you get to a certain age, eyes are turned on you, wondering why you are still single. Consciously and unconsciously, the pressure is mounted to find someone (maybe even anyone) to tie the knots with and change your marital status which of course is just crazy.  END_OF_DOCUMENT_TOKEN_TO_BE_REPLACED

In the Sands of Time…

Gone for 35 years and still so relevant…Truly, in the sand of time

Journal of a Complex Mind

Years ago someone said to me: one of the great problems of this world is the fact that people have become less concerned about their legacy. The legacy they leave when they are no longer in a place; be it, position of power or life in general.

I have always loved Bob Marley (and no, it isn’t because I am on dreads). His songs are filled with wisdom and simple sincerity that leaves something deep with you. I remember as a child listening to my father play his songs and even at such young age, Marley sounded so wise to me. I have wanted to write this post about him for a bit and finally have got around to doing just that (Thank God). 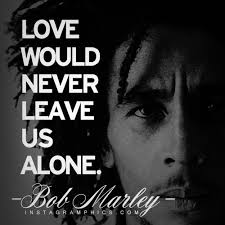 Experience Does Not Always Make You The Authority

Losing a loved one to the cold hands of death gives you a perspective on loss that only experience can explain effectively. However, it is easy to think that this experience makes us the authority on the topic of loss, but I have come to understand that this is not accurate. END_OF_DOCUMENT_TOKEN_TO_BE_REPLACED

← Older posts
Journal of a Complex Mind
Create a free website or blog at WordPress.com.